You know the phrase, it’s nice to put a face to a name? Well, upon meeting editor of Rice Farming magazine, Vicky Boyd, it was definitely nice putting a face to words. I’ve read many of her articles and when she contacted me for an interview, I was equally nervous and excited. Ms. Boyd wanted to talk Rice Farming TV! Awesome!

On the day of the interview in September 2016, Vicky Boyd guest stared in Episode 7 of Rice Farming TV, Talk to the Hand Sample! Later in October the video and introduction to RFTV was included in Rice Farming magazine’s October e-news letter: 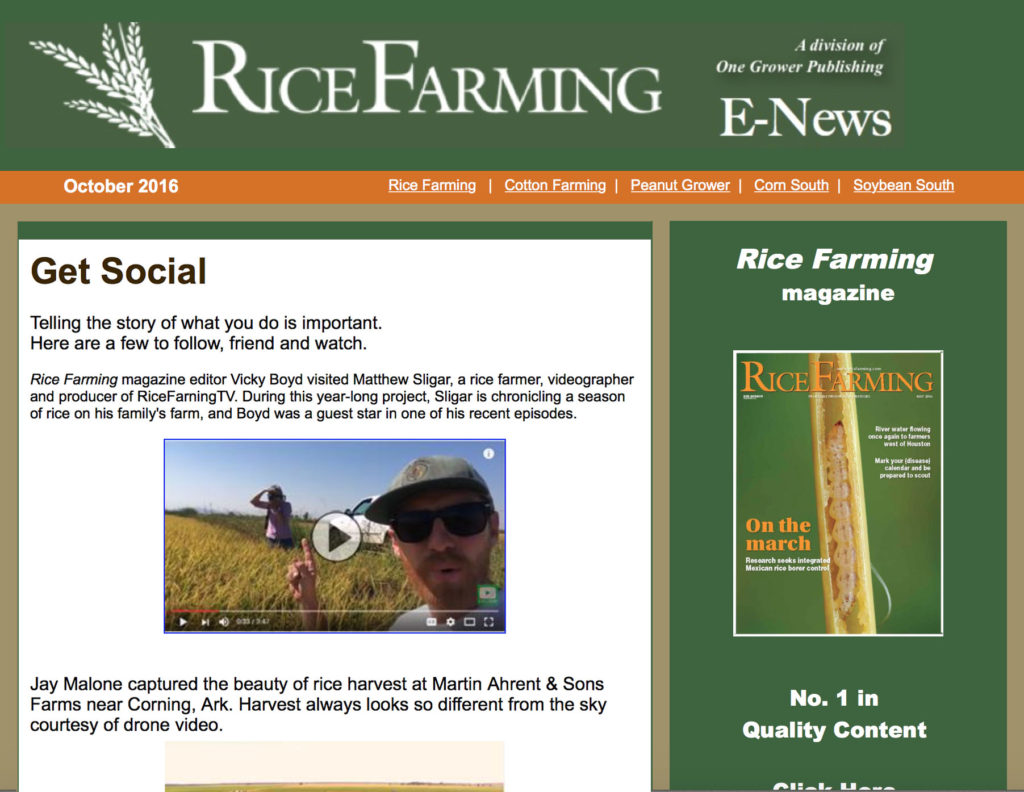 I am very much looking forward to Ms. Boyd’s article for which I was interviewed. It’s due out in January 2017. In addition I would love the opportunity to spend more time with Ms. Boyd, talking rice, journalism and a possible next collaboration.

Back to Rice Farming TV in the Press.